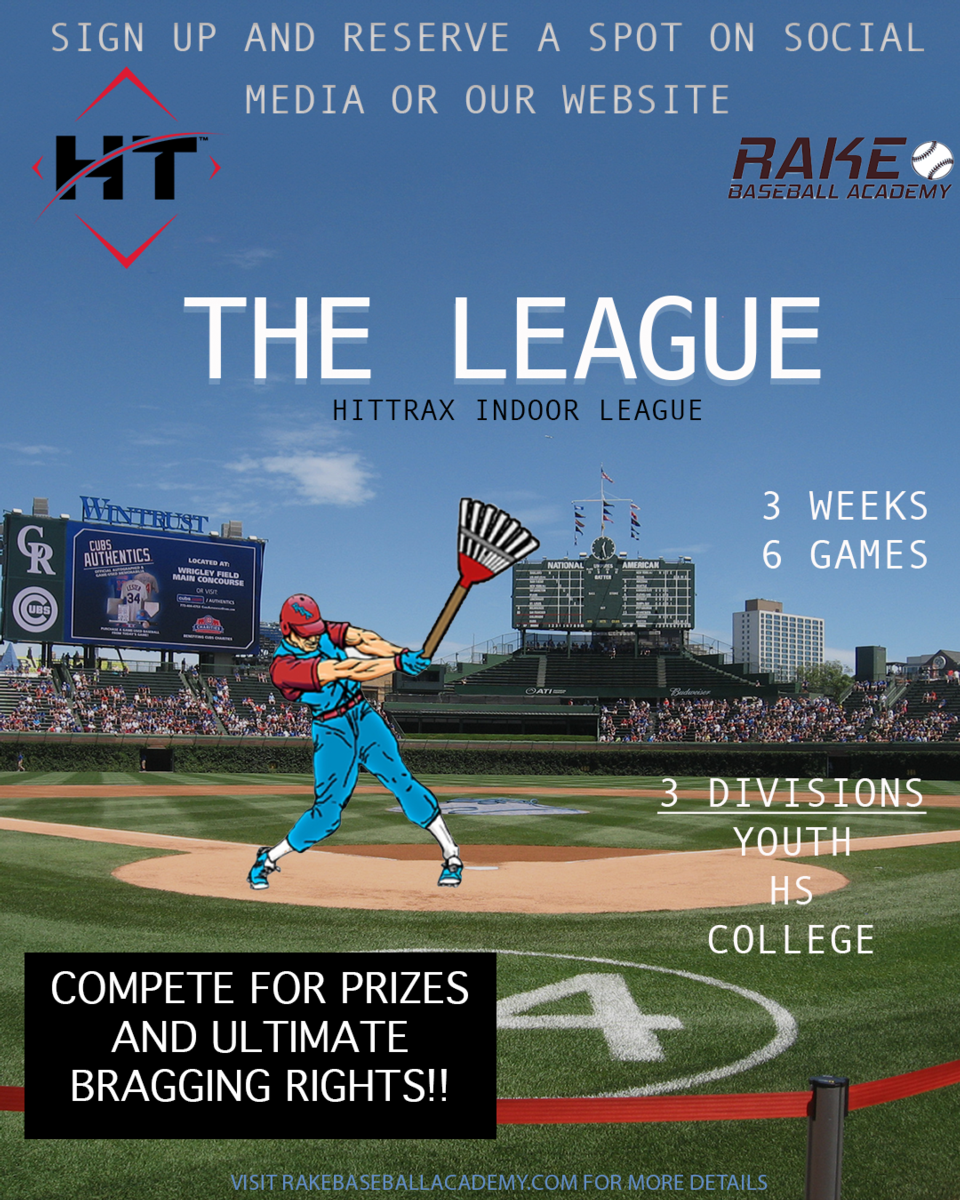 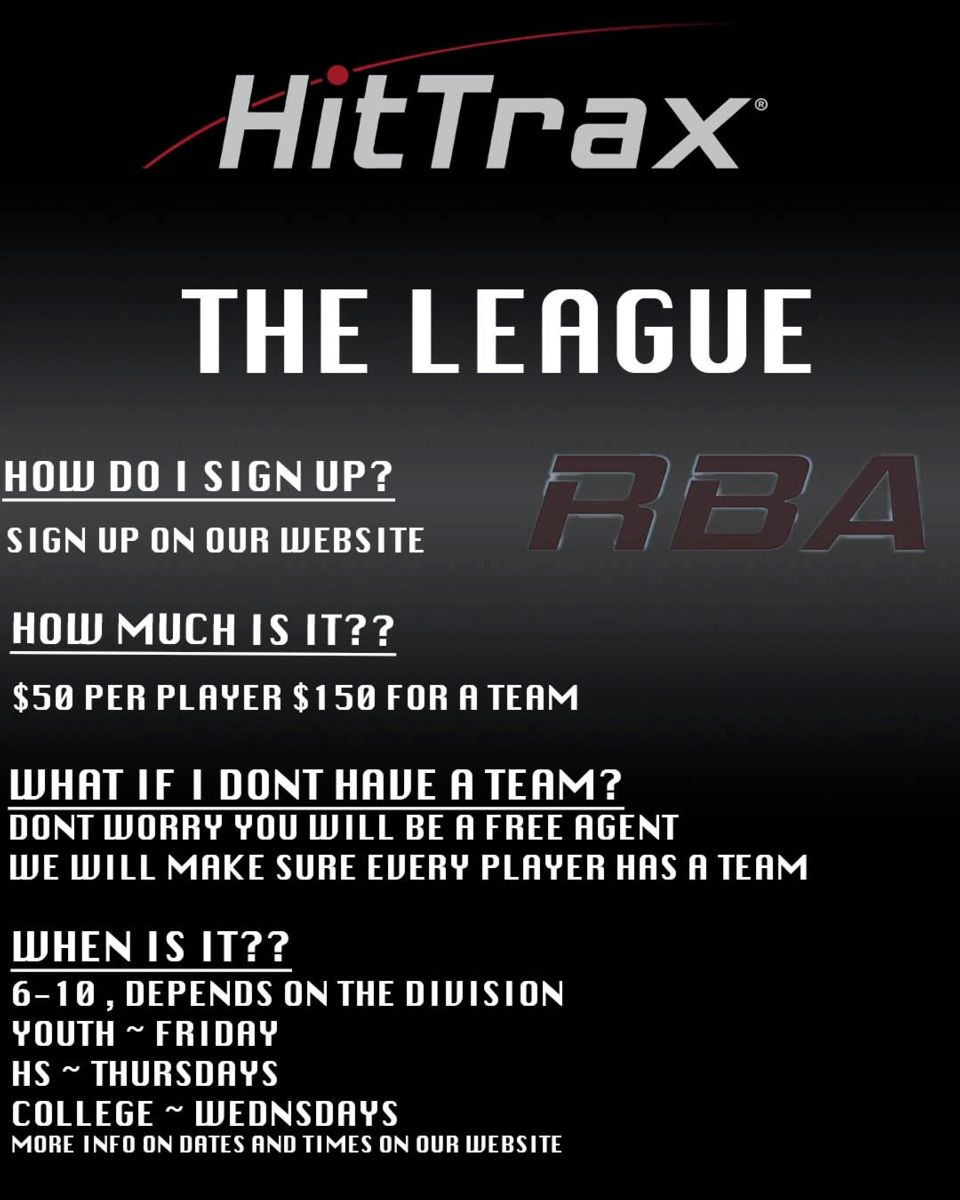 **** Teams in each division can be formed with different aged players. HiTtrax ajusts the game per the skill level of the player. All games are 7innnigs with each team playing 2 games per week (totaling 6 games played). Seeding will take place after week 3. Playoffs will feature single game elimination with championship being best of 3.****